The International Photography Festival GuatePhoto 2015 celebrates its third edition.  The cities of Antigua and Guatemala will become from November 12th to the 30th in scenarios dedicated to contemporary photographic creation; gathering the talent of established and emergent artists, critics, cultural agents, institutions and the general public.

BE PART OF THIS EPIC ENCOUNTER


On behalf of GuatePhoto Festival we want to give a special thanks to Alejandro Cartagena for his input and hard-work that helped us in the whole process of selecting the photobooks that will be exhibited during the Festival.

Based on the excellent work we received this year we decided to showcase, in addition to the Open Call Photo Book exhibition, the following photobooks, giving them a recognition during GuatePhoto Festival. We have selected a total of 35 photobooks to be exhibited at La Fototeca's Photo Book exhibition held in Guatemala City. Congratulations for being selected to participate in this exhibition. Please note this list is not part of the 30 finalists or winners.

The Jury Members who participated for the Photobook category were Alejandro Cartagena, JJ Estrada T. and Clara de Tezanos. 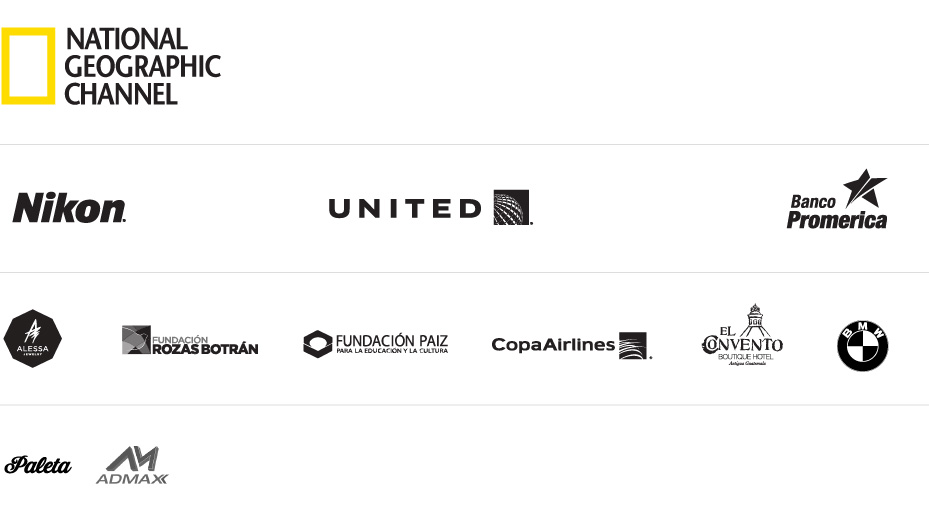 Guatemalan photographer who lives and works in Córdoba, Argentina. His work has been widely exhibited internationally (United States, Australia, Mexico, England, Slovakia, France, Spain) both in solo exhibitions and in photography festivals. His work is included in major public and private collections such as The Art Institute of Chicago, The Daros Foundation in Zurich, Switzerland, La Maison Européenne de la Photographie in Paris, France, The Houston Museum of Fine Arts in the U.S. and La Fondation pour l’Art Contemporain in Paris, France.

Clara de Tezanos: Co-Founder and Director of La Fototeca. She has directed various exhibitions and photography events. After studying photography in France, she worked in Paris for several years. She has participated in various group exhibitions such as the New York Photo Festival, The Arles Festival, France, ESFOTO (El Salvador) and Foto 30, Museum of Modern Art Carlos Mérida, Galería Ana Lucía Gómez and Fototropia (Guatemala) amongst others.

Co-Founder and Director of La Fototeca alongside Clara de Tezanos. He began his photography studies in Barcelona in 2005. He has exhibited internationally at the Galería Grisart (Barcelona) and the New York Photo Festival. His work has also been presented in major auctions and various exhibitions in Guatemala City including the Museum of Modern Art Carlos Mérida, Fototropia and Ana Lucía Gómez Gallery. Juan José has also been a curator to many local and international photography contests.

Director and Founder of RARA Magazine. As a photographer he has held solo exhibitions in the main galleries and cultural centers of Central America, Mexico and the United States. He has participated in various exhibitions worldwide including PhotoEspaña (2007 and 2010), Grid Photo Festival, the Central American Biennial of Visual Arts and more recently in the Art Museum of the Americas in Washington, D.C. He has been responsible for various publications on photography for the ACEID, LibroVisor and the last two editions of the book Guatemala Eterna Primavera and Eterna Tiranía by Jean-Marie Simon.

GuatePhoto consists of an excellent board of advisors comprised by photographers, academics, cultural agents, curators and businessmen of great prestige who will accompany the process of direction and production of the event.

Renewed, inspired and stronger, the International Festival of Photography GuatePhoto reaches its third edition, now with a wider scope and participatory.

The cities of Guatemala and Antigua Guatemala will become during the month of November 2015 in scenarios dedicated to contemporary photographic creation; gathering the talent of established and emergent artists, critics, cultural agents, institutions and the general public.

GuatePhoto International Festival of Photography aims to educate, promote, document and celebrate contemporary photography through diverse exhibitions, artist talks, portfolios reviews and other dynamic events and positions itself as one of Latin America’s top photography festivals.

We are experiencing a fortunate moment for the arts and photography in Guatemala with the emergence of new talents, young aesthetics, transgressive ideas and fresh spaces. These happenings have paved the way to generate the ideal conditions for artists of diverse latitudes to find a platform through GuatePhoto Festival to collaborate, promote their work, and exchange their ideas.

This is why starting November 12th, 2015 the cities of Antigua and Guatemala will be immersed in photography; exhibitions in museum, galleries, gardens, warehouses, streets, bus stations and public spaces will be flooded by the work of internationally acclaimed photographers and the best local talent.

GuatePhoto 2015 is a project produced by La Fototeca and Guatemala.com

Thank you for being part of this epic encounter! 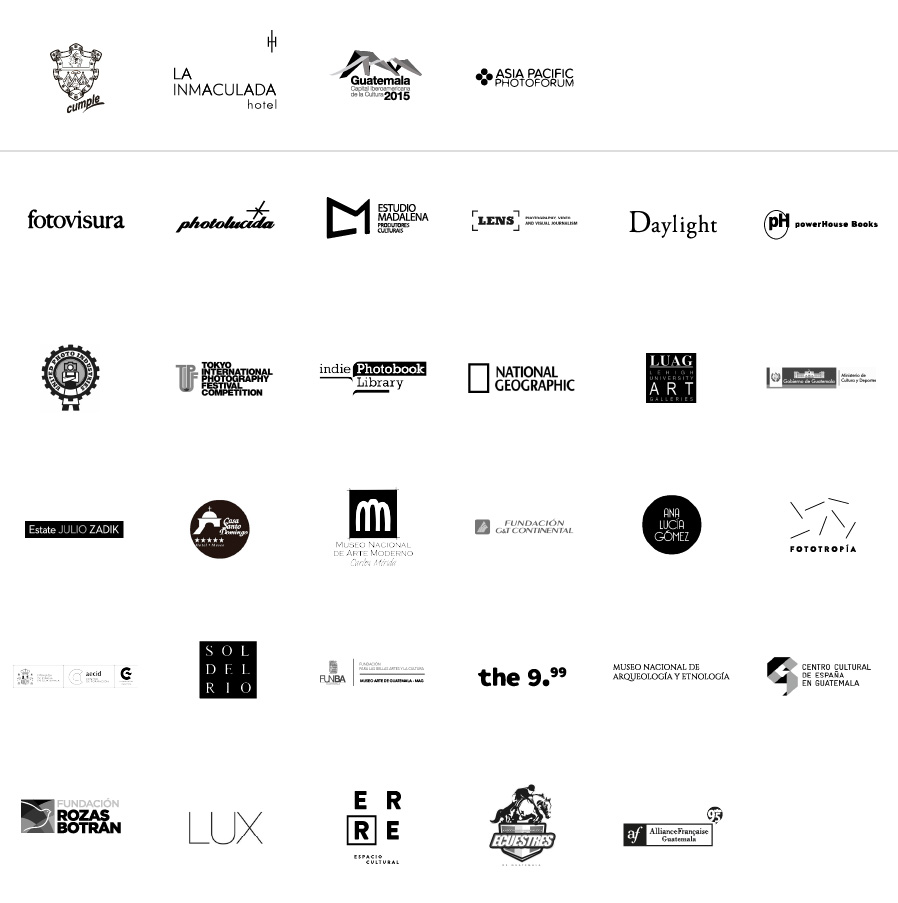 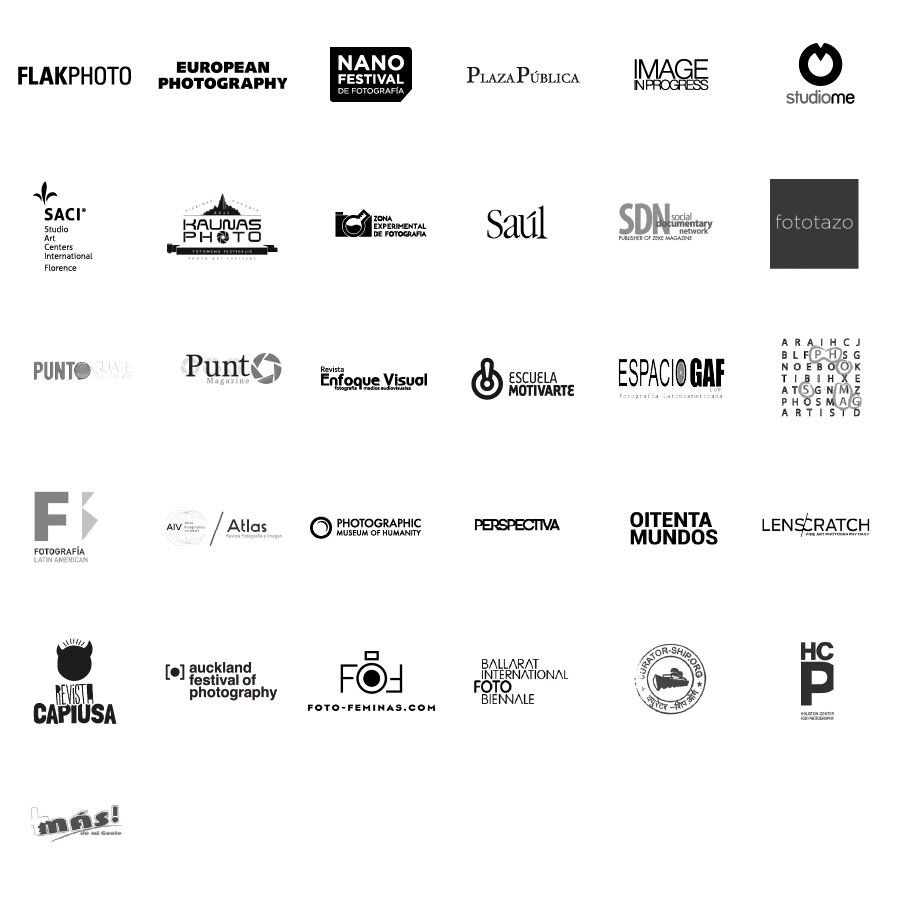